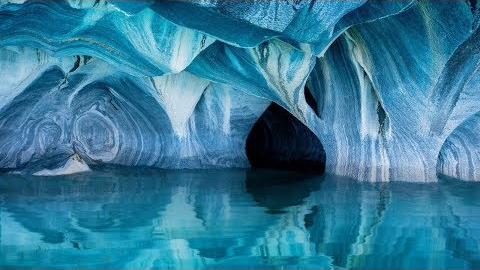 Top unreal locations in the world!

This waterfall is in Chestnut Ridge Park in New York. Although Eternal Flame Falls isn’t massive, it has an interesting element, fire. Near the bottom of the waterfall, there is a tiny cavern that natural gas flows out of. When lit, the gas produces a flame that can be seen yearlong. Although, sometimes the fire goes out and has to be ignited again. Eternal Flame Falls wasn’t originally a popular tourist destination, but as it gained more recognition from the media, people started visiting it more often. It has also been studied by several geologists, who discovered that it emits more propane and ethane than other natural gas-secreting places.

This stunning landscape is found in Linze County, China. These rocks are like Ogres; they have layers. They’re much more stunning than Shrek’s relatives, however. They appear velvety, but form pointed, jagged peaks. The striped, multicolored stone is due to the different types of minerals that were deposited throughout the landform’s sandstone base millions of years ago. The bright hues give Zhangye Danxia Landform the appearance of a rainbow. This whimsical place could be right out of a Dr. Seuss story and has often been named one of China’s most brilliant landforms.

This world wonder is in Chihuahua, Mexico. It has gained a lot of recognition due to its colossal selenite crystals. In fact, within the mine, there is a cavern called The Cave of Crystals. It is about one thousand feet under the surface and encompasses some of the most substantial crystals ever discovered, the largest of which is nearly forty feet long, thirteen feet across, and weighs over fifty tons. These sparkling cylinders were formed by magma-heated, mineral-rich water that came into contact with chilled water. The cool water oxidized the sulfides, turning them into sulfates. Over the course of about five hundred thousand years, they crystallized, creating the breathtaking formations seen in the cave today.


more from the author

I Sent My Friend To The “Worst”

The Diaries of Karen: 🏖Family Trip,

How to have a cheap vacation in

WATCH THIS BEFORE YOU GO TO ICELAND!

HOW TO TRAVEL NORWAY - Worth Every $

10 Best Places to Visit in Brazil -

we went to FLORIDA family vacation